Landscape Partnerships (LP) are a National Heritage Lottery Fund grant programme for the conservation and enjoyment of areas of distinctive landscape character.

“It is a bold landscape, an unexpectedly big landscape, with the satisfying amplitude that makes line more important than colour.” So wrote Desmond Hawkins in his extraordinary book, Cranborne Chase.

Two viewpoints confirm this appreciation of the landscape of the Chase. Standing near the beech copse on the summit of Win Green, just inside Wiltshire, the observer looks southwards across high, seemingly limitless chalk downland into which deeply incised valleys have been cut. These give way to the more intimate densely wooded character of the heart of the Chase and the rolling landscape of its lower margins around Sixpenny Handley.

Less than 10 miles to the south-east of Win Green, the view northwest from Pentridge Knoll includes the Dorset Cursus, Roman Ackling Dyke and it reveals the essence of the Chase heartland. Huge rolling fields, best seen in late summer when the golden cereals are ready for harvest, are fringed on the north by the Chase’s woods and coppices: ‘One of the few remaining woodlands of undoubtedly primeval date,’ as Thomas Hardy described these ancient trees in Tess of the d’Urbervilles.

This is a dramatic and historic place where ‘voices in the landscape’ can still be heard.

The Chase & Chalke area’s outstanding chalk downland landscape evokes a strong sense of the iconic English countryside. The distinctive vibrant villages, profoundly rural character and historic traditions give the area its sense of place.It is a living landscape, which continues to be influenced by those who work with and manage the land and contribute to the local rural economy. The landscape provides important ecosystem services that deliver benefits such as fresh food, water, fuel and clean air, along with less tangible benefits of inspiration, health and well-being.

The key natural and historic/cultural landscape characteristics and qualities that make the Cranborne Chase and Chalke Valley LP area distinctive are:

Within the Landscape Partnership Scheme area alone there are approximately 250 Scheduled Ancient Monuments made up of grassy lumps, bumps and ditches so large that it is hard to believe they were cut by hand with flint tools.

All the features that pimple and carve scars across a mysterious landscape provide evidence to support a rich heritage, and myths and legends abound here, proving particularly compelling on a misty morning as the sun rises in the upper Avon valley.

Although most designated sites are understood, a walk through any ancient woodland or along the Shire Rack (the ancient boundary between Dorset and Wiltshire) indicates that many other features lie unrecognised and unappreciated for their cultural or natural value.

If you look hard enough you can see funnelled boundaries and entrance points where the Romans are likely to have monitored trade and passage between administrative areas. These even pre-date current county boundaries. Veteran trees were used for pagan purposes; coppice was possibly planted as a form of defence from cavalry, rather than as a woodland crop, or for pales to keep the deer in certain areas. Larches were left to be turned into lofty lookout towers to monitor deer across the ‘chase’. This very word comes from hunting, a pastime enjoyed by numerous royal figures through history — King John, King Henry VIII and King James I to name just three. 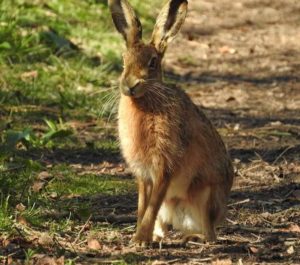 arable land, steep sided chalk escarpments (which boast some of the best species- and flower-rich downland in the country) and the river valley itself bounded by former water meadow. These elements make for a special mosaic which provides an incredibly diverse mix of habitats for flora and fauna in a relatively small area.

The River Ebble, a chalk stream — a globally rare habitat — runs through the valley and is a Wild Trout Protection Zone, as well as a haven for otters.

Equally, rare arable flowers, such as shepherd’s needle, thrive in the LP area in pockets, as do the prickly poppy, rough poppy, with its distinctive seed pods, and Venus’s looking-glass, whose mirror-like oval fruits inside the seed-capsule give the plant its name.

Juniper, one of the rarest plants in the UK due to a complex set of circumstances, including climate change, loss of habitat, changes in management of suitable habitats and increasing populations of rabbits, can also be spotted, as can knotted hedge-parsley.

In spring you can see profusions of cow slip — a favourite of the Duke of Burgundy butterfly, which can be found in parts of the region, as can the nationally scarce checked-wing Marsh Fritillary. Rare bats call the LP area home too. Even the area’s road verges boast a plethora of scarce plants like the pretty small scabious.

In natural, historic and cultural terms, this landscape is extraordinarily rich. Evidence of successive eras of human activity and settlements are often lost. Here the imprint of man, carved out over the last 8,000 years, can still be seen. Prehistoric monuments of national importance, historic borderlands, ancient field systems, droves and routeways all have stories to tell. The influence of the area’s history as a medieval hunting ground is evident in the landscape. This is the haunt of General Pitt Rivers, who is considered to be the father of modern archaeology.

The combination of accessibility, isolation and dramatic land-forms of the Chase contributed to its becoming a place of retreat for a number of artists during the 20th century including Augustus John, Henry Lamb, Ben Nicholson, John Craxton, Lucian Freud, Stanley Spencer, and Elisabeth Frink. It continues to provide inspiration for artists and musicians.

It is this interrelationship between the past landscape history and management and the natural and cultural features and assets that make this area so distinctive. This is however a landscape under threat. These threats include: fragmentation of habitats; the loss and decline of traditional management techniques such as coppicing; lack of information on woodland archaeology; excess nutrients and sediments through diffuse pollution on the River Ebble; a lack of suitable access routes for disabled users and light pollution which threatens the amazing dark night skies.

In addition the landscape and its heritage are poorly understood by communities living within or adjacent, and visitors passing through. There is an increasing disconnection between people and the landscape that surrounds them.

Through extensive consultation with local communities and organisations a narrative for this landscape emerged, leading to an agreed set of priorities for its conservation and long-term care.

The vision of the Cranborne Chase and Chalke Valley Landscape Partnership is to ensure this distinctive landscape survives through modern day pressures and future change. A total of twenty projects will help to: improve habitats; develop woodland skills; uncover
new archaeology; protect ancient monuments; capture stories for future generations and foster volunteering. A key aim of this Landscape Partnership is to connect the people that live within it and on the doorstep, to the landscape and inspire them to play a part in caring for it.

The Landscape Partnership – our partners and funders

Chase & Chalke Landscape Partnership is managed by a group of professional and community representatives from Dorset, Wiltshire and Hampshire. The lead organisation is Cranborne Chase AONB, hosted by Wiltshire Council. The partners and those who generously support the scheme are vital for its continued work. The work is made possible by the millions who play The National Lottery every week.

With thanks to all our partners and funders 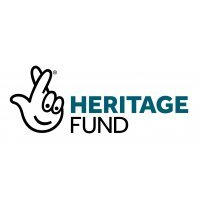 The Cranborne Chase & Chalke Valley Landscape Partnership Scheme was awarded a £1.68million grant from The National Lottery Heritage Fund in 2019. With match-funding from partners, the five year scheme totals £2.7million.