Roland the Ranger – pleased to meet you!

Allow me to introduce myself.  My name is Roland and I am the Ranger and Volunteer Coordinator for 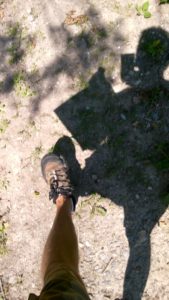 the Chase and Chalke project.  I have been a ranger and a warden before and most recently I have been teaching budding arborists and countryside students at Kingston Maurward College in Dorchester.  So although exploring the Chalke Valley gives a slightly different perspective, a lot of the things we hope to achieve with Chase and Chalke are familiar.

What makes Chase and Chalke the focus?

The Chase and Chalke area, the focus of this Heritage Lottery funded Landscape Partnership Scheme at the heart of the Cranborne Chase AONB, is an area defined by character: the old ‘inner bounds’ of Cranborne Chase; or ‘chasse’ – from the French verb to hunt – for this was a playground of Norman Kings and Lords and had strict rules on what should happen within its boundaries. 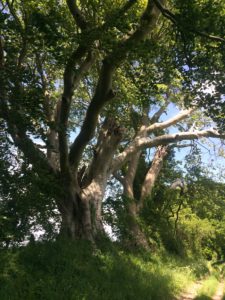 What have we got, where can you go, is it easy to get around, what can you see?

And that’s where I’m going to start: having a look around, coming up with some suggestions where you might go and, using this very comprehensive website, letting you know how to get there and hopefully give you the confidence to try a route or two yourselves, or maybe, if you really like it, persuade you to join in and work with us; leading walks or helping with a work party or just phoning a friend and going for a wander together somewhere nice that you heard about on here.

Not just a project description but also an intention – clean, clear water bubbling over a pebbly bed; home to much aquatic life and a tranquil backdrop to life in the valley. 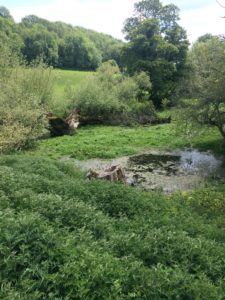 So far I’ve followed the Ebble from its source, a field to the west of Windmill Hill near Berwick St John, to where it passes under the A338 at Nunton (NB this would make a nice linear walk, taking in all the villages and meadows up the valley).

The grassy water meadows through which the Ebble flows (potentially named after the owner of significant portions of the valley and therefore the river) were part of the early agricultural revolution of the sixteenth century.  Complex systems of hatches, carriers and drains operated by a drow 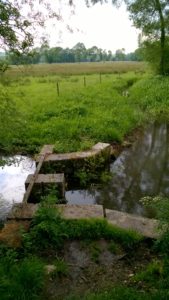 ner produced early spring grass and, later on in the season, hay for the sheep flocks of the area.  The river was forced this way and that to create gradients for water flow in and out of the meadows, raising the temperature and importing nutrients so that in some cases the river bears no relation to its natural course.

Agriculture has moved on.  Sheep farming and the wool trade are no longer the important economic drivers they once were; man-made fertilisers produce haylage and silage on a much faster cycle than the water meadow system could; the climate has changed; the valley has developed in other directions and the meadows are entering a new era where flood protection is more valuable than early ‘bite’. 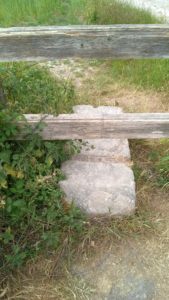 The valley does still enjoy an intimate microclimate and is a very pleasant place to explore, spotting remnants of the water meadow infrastructure, some repurposed, as the Ebble develops from a muddy puddle to elegant flow.

Say hello or wave if you see me walking or cycling around and I hope that reading this and subsequent articles will pique your curiosity enough that you will come out and join us in enjoying the landscape. 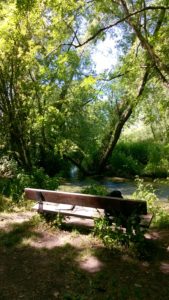